Home » Home » LET US BE SCIENTIFIC IN THE VAPING DEBATE, NOT IDEOLOGICAL  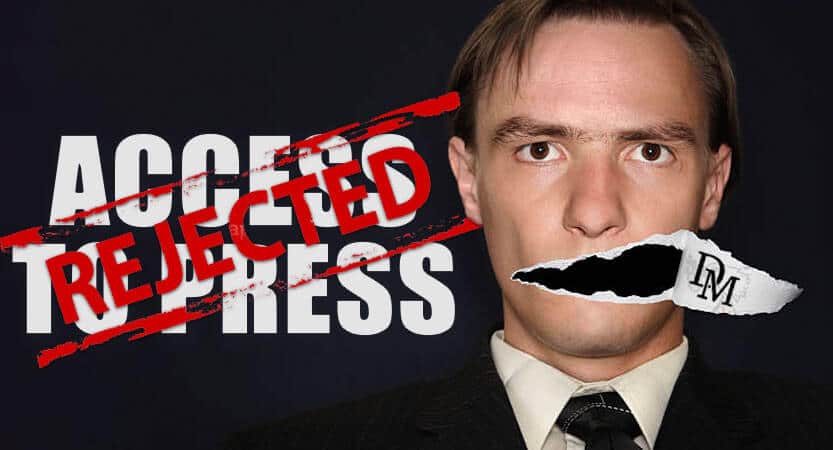 LET US BE SCIENTIFIC IN THE VAPING DEBATE, NOT IDEOLOGICAL 

There is a need to structure this debate in a way that speaks to the right parts. Preventing youth vaping and smoking remains a key and noble objective. It would be highly unfortunate and regrettable, though that, in attempting to reach this objective, we relinquish efforts to assist the over 8 million smokers in South Africa to quit smoking. It would be morally repugnant to penalise smokers in furtherance of our vendetta against the tobacco industry.

On Monday, 14 March 2021 I submitted an opinion piece to the Citizen Editor of the Daily Maverick in response to an Op-Ed published by their platform on 10 March 2022. After several email exchanges and rather odd and unsatisfactory suggestions made by the editorial team, my opinion and therefore my views on the matter were rejected for publications. Response to a request as to why the piece was rejected is still pending.

Here is my response to the original piece, which I feel needs to be said.

RESPONSE TO OP-ED on daily maverick

In a constitutional democracy, such as South Africa, the public theatre ought to be an open space for the contestation of opposing ideas, critical debate, transparency, and accountability. Those who elect to pass opinions on public platforms, particularly on important issues such as health policy, should uphold two main oaths: 1) to present arguments that are based on rigorous scientific evidence and 2) to reject ideological dogma in their argumentation.

I was rather startled when reading Dr Sharon Nyatsanza’s article published on the Daily Maverick titled “We must consider the best interests of our children in the regulation and control of e-cigarettes”. The article makes some problematic statements that, in the spirit of critically applying our minds to the vaping debate, warrants attention.

I should categorically state that my response to Dr Nyatsanza is not an inditement on her credibility and professional acumen. Instead, I implore the reader to digest my views as a response to a dangerous phenomenon currently occurring in the vaping debate – that is of anti-tobacco lobbyists carelessly presenting arguments that are scientifically invalid, outrageously illogical and speak to the wrong parts of this very complex matter.

Let’s get the facts right so that we hold informed views on the matter.

Vaping is 95% less harmful than smoking, should we not regulate accordingly to support quit smoke efforts?

Whilst long-term effects of vaping are still unknown due to rapid innovation in all spheres of e-cigarette space, and the reality that most vapers have a tobacco use history, thereby preventing clear causation, several undisputed scientific findings prove that vaping is a less harmful alternative than smoking. A 2021 Public Health England update reiterated that Electronic Vaping Products (EVPs) are 95% less harmful than combustible cigarettes [1]. In its seminal report published in 2016, Nicotine Without Smoke: Tobacco Harm Reduction [2], the UK Royal College of Physicians found that “the hazard to health arising from long-term vapour inhalation from the e-cigarettes available today is unlikely to exceed 5% of the harm from smoking tobacco”. In a long-term study published in the Annals of Medicine in 2017, the University College of London [3] affirmed this view and found that “people who swapped smoking regular cigarettes for e-cigarettes or nicotine replacement therapy (NRT) for at least six months, had much lower levels of toxic and cancer-causing substances in their body than people who continued to use conventional cigarettes”. In an evidence update published in September 2021, the Cochrane Library [4] had this to say: “There was moderate‐certainty evidence, limited by imprecision, that quit rates were higher in people randomized to nicotine EC than in those randomized to nicotine replacement therapy”. Jurisdictions such as New Zealand, Australia, and the European Union, have all accepted the reduced harm profile of vapes.

The critical question that must be asked is this – how long is long enough for us to understand the dangers of vaping? Furthermore, at want point does the government regulate based on emerging science that proves the reduced risk profile of vaping products? Here, we need to remain focused on our shared national objective of reducing smoking rates while ensuring that children and the youth do not use products that were never destined for them.

2021 data from Action on Smoking and Health (ASH) [5] shows that e-cigarette use remains relatively low amongst young people. The 2021 National Youth Tobacco Survey [6] conducted by the United States Centre for Disease Control and Prevention (CDCP) has reported that teen use of electronic cigarettes fell sharply from 27.5% in 2019 to 11.3% in 2021 on the past 30 days ever use. This is not surprising when considered in the context of the American Academy of Paediatrics (2021) [7] which found that instead of there being an increase in youth vaping, more young people were attempting to quit vaping products. Simply put, the assertion that there is a global rise in youth vaping is at best a figment of the imagination and at worst, a blatant lie.

It is bizarre that the argument that vaping leads to youth smoking i.e gateway theory is still widely held, particularly given research that outrightly disproves this. In 2017, Public health researchers from the University at Buffalo and the University of Michigan, writing in the journal Drug and Alcohol Dependence [8], concluded that national trends in vaping and cigarette smoking did not support the argument that vaping leads to smoking. The study added that research in the U.S. showed that as the use of e-cigarettes has increased, overall smoking rates decreased.

Vaping Companies are not synonymous with Tobacco Companies

There is a convenient and unfortunately pervasive belief that tobacco companies are responsible for creating the vaping industry. This is simply untrue. It reflects the desperate depths to which the echo-chamber of anti-tobacco lobbyists at the World Health Organisation (WHO) are willing to go to, distorting the facts around the genesis of vaping to serve their agenda of broadening the fight against the tobacco industry to include all forms of nicotine use they do not approve of. Vaping was created and commercialised by individuals who wanted to provide smokers with an alternative form of nicotine consumption, recognising that smoking is not simply a matter of using nicotine, but rather, a habitual behaviour with its peculiarities. This explains the slow rate of success of Nicotine Replacement Therapies in aiding smokers to quit smoking. Of course, the tobacco sector would be entirely unwise to not seize the opportunity to transition from its harm causing products towards less harmful ones. The argument that fossil fuels companies should transition to renewable energy industries comes to mind at this juncture.

Still, it is illogical to propose that big tobacco companies selling vapes mean that they want to hook people on nicotine and, subsequently, cigarettes. Should it be an issue that tobacco companies offer a safer alternative than smoking? If this is the case, then we should stop Coca-Cola from selling sugar-free derivatives of its products. Similarly, we ought to stop alcohol companies from selling 0% alcohol beverages to drinkers who want the taste, but not the effects that come with consuming alcohol.

While some may celebrate the introduction of a vaping tax in South Africa, emerging research from across the world indicates that the introduction of prohibitive and, one can argue, draconian policies effectively deters smokers from switching to vaping. Arguments to the contrary are simply false. The Yale School of Public Health [9], for instance, has found that a San Francisco flavour ban doubled high school students’ probability of using conventional cigarettes. Furthermore, a working paper conducted by the National Bureau of Economic Research [10] calculated that for every one e-cigarette pod eliminated due to an e-cigarette tax, approximately 2.1 packs of cigarettes were sold instead.

South Africa needs to rethink its position on the vaping tax, particularly as the industry remains in its infancy. The guiding objective should be providing smokers with an opportunity to quit their dangerous habits. Imposing a tax will simply mean only well-off smokers get to reduce their harm, whilst the vast majority of smokers, who are poor, will be deterred from doing so due to price. Using legislative and tax instruments to deter youth vaping is simply an admittance by the government, and its fellow travellers in the anti-tobacco lobby, that they do not know how to change behaviour at a community level without relying on blunt instruments. Any argument to the contrary will be hard-pressed to show, in precise terms, what the government has done over the last ten years to deter youth smoking, as well as to support smokers quit. Not only does the South African government fail to monitor smoking prevalence, but it has neglected to implement any of the guidelines stipulated in Article 14 of the WHO FCTC [11]. This includes the provision of a toll-free quit line, counselling, and subsidies on approved quit aids. Instead, the government prefers to moralise and punish smokers for their addiction.

Let’s be scientific, not ideological

There is a need to structure this debate in a way that speaks to the right parts. Preventing youth vaping and smoking remains a key and noble objective. It would be highly unfortunate and regrettable, though that, in attempting to reach this objective, we relinquish efforts to assist the over 8 million smokers in South Africa to quit smoking. It would be morally repugnant to penalise smokers in furtherance of our vendetta against the tobacco industry.

I invite anti-tobacco lobbyists to be scientific and not ideological in their fight against smoking. This requires honesty and moral clarity about what we are fighting against; smoking. It requires intellectually honesty and curiosity that is open to engaging with scientific evidence in a balanced and transparent way, without cherry-picking poorly researched and ideologically laden studies designed to ingratiate the movement to its funders in the Bloomberg network.

[7] Some Teens Want to Quit Vaping: Pediatricians Can Help – https://www.medpagetoday.com/meetingcoverage/aap/95005

[9] A Difference-in-Differences Analysis of Youth Smoking and a Ban on Sales of Flavored Tobacco Products in San Francisco, California – https://dx.doi.org/10.1001%2Fjamapediatrics.2021.0922