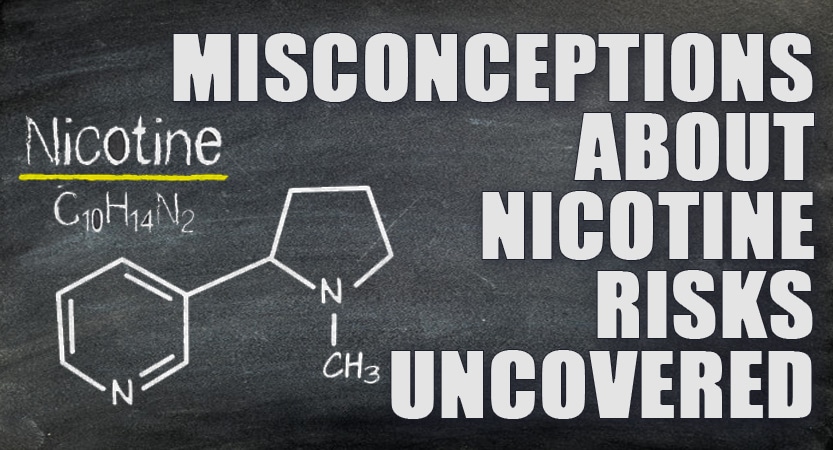 According to a Rutgers University-led national survey in the United States, most doctors misperceive the risks of nicotine, the addictive chemical in tobacco products. Four in five of more than 1,000 doctors believed nicotine causes cancer, rather than other substances and chemicals produced by combustible tobacco products.

The study published in the Journal of General Internal Medicine surveyed doctors from six specialties to explore their knowledge and communications about tobacco use.

Their specialties ranged from family medicine, internal medicine, obstetrics and gynecology, cardiology, pulmonary and critical care to hematology and oncology.

Although nicotine’s primary risk is addiction or dependence on tobacco products, researchers found that 83% of doctors strongly believed that nicotine directly contributed to heart disease.

In comparison, 81% thought it contributed to chronic obstructive pulmonary disease or COPD. Pulmonologists, who focus on the respiratory system, were less likely than other specialties to misperceive nicotine as a direct contributor to COPD. Family doctors were more likely than oncologists to misunderstand nicotine as a cancer-causing substance.

“Physicians must understand the actual risk of nicotine use as they are critical in the prescription and recommendation of Food and Drug Administration-approved nicotine replacement therapy products to help patients who use other dangerous forms of tobacco,” said Michael B Steinberg, director of the Rutgers Tobacco Dependence Program and a professor and chief of the Division of General Internal Medicine at the Rutgers Robert Wood Johnson Medical School.

“Doctors should be able to accurately communicate these risks, which may include low-nicotine cigarettes, which are not safer than traditional cigarettes.”

Researchers found that less than one-third of the doctors surveyed correctly agreed that nicotine directly contributed to birth defects, while 30% did not answer the question, indicating they did not know the answer.

Younger and female doctors were more likely than males to perceive correct nicotine risks causing birth defects, while OB/GYNs surprisingly misidentified them more than other specialities.

Even though cancer-causing substances and chemicals, particularly those produced by combustible tobacco products, serve as the primary source of risk for tobacco-caused diseases, 80% of the doctors surveyed believed nicotine caused cancer.

In the United States an estimated 34 million people smoke cigarettes, according to the Centers for Disease Control. Nicotine replacement therapies or NRTs include over-the-counter products like patches, gum and lozenges as well as prescription medications.

“Correcting misperceptions in medicine should be a priority given the Food and Drug Administration’s proposed nicotine-centered framework,” said Cristine Delnevo, director of the Rutgers Center for Tobacco Studies and Professor at the Rutgers School of Public Health.

The framework “includes reducing nicotine content in cigarettes to non-addictive levels while encouraging safer forms of nicotine, like NRT, to help with smoking cessation or non-combustible tobacco, like smokeless tobacco for harm reduction.”

Researchers recommend brief communication interventions that can effectively correct such nicotine misperceptions among doctors and the general public.